Age: 20
Where: Various locations – Australia, but mainly in Byron Bay, NSW and Albury, NSW.
When: January, 2018

Open the gallery by clicking on an image below. (after the Q&A).

How did you find out/come across Indispoable Concept?
I can’t remember exactly how, but it was somewhere on instagram. I reckon I’ve been following you guys for a few years on Instagram now and am absolutely in love with what you’re doing.

How did you find the experience of using the disposable camera? Enjoyable or painful?
I found it super enjoyable! I’m used to shooting on film, just for fun, and normally use either a Ricoh or Canon point and shoot or a Pentax SLR, all of which I found at op shops for under $10.

How did it make you feel not being able to see the photos as they were taken and not being able to edit or know what the photos turned out like?
I think that is my favourite thing about shooting film. You have one shot, and that how it works out is how it works out. It’s a lovely balance between having to think twice about each photo you’re taking, as you can’t just take a bunch and pick your favourite, and also being very real and ‘in the moment’. Picking up developed film is one of the most exciting things!

From your roll of film what was your fave image and why?
I liked a lot of the photos from this roll but my favourite was probably the photo of my friend Mia floating in the ocean and looking up at the camera grinning. I just think it expresses her happy personality so well, and she looks so gorgeous. This photo was taken at Hyams Beach, Jervis Bay, which we took a massive detour to get to because we had heard it had the whitest sand in the world. It was a wonderful day.

Would you be interested in shooting another roll?
I will definitely be buying and shooting more on disposable cameras! I was pretty shocked at how beautifully a lot of the photos worked out.

Is there anything else we could include or introduce to make the experience more interesting?
I honestly love Indisposable Concept as it is. I think it’s simple and open to literally anyone which is such an exciting prospect.

Did you enjoy the aspect of shooting a selfie?
I wasn’t big on the idea of getting a selfie with just me in it, so I took one with my good mate Louis. I really like how that photo turned out actually, I think both him and I look very happy (which we were!).

What did you think of the outcomes when you saw the final photos?
A few of them weren’t amazing, maybe I could’ve thought about the angle a bit more, or used the flash in a few but all in all I think the roll is great. A lot of great summer holiday memories are on it, and I love capturing my life and my friends as they were!

Would you approach the concept differently if you had another go?
I think I’d try and shoot the roll in a week. I’ll definitely be giving it a try sometime soon.

Would you enter into the concept if it was set up in a competition format with prizes to be won?
Yeah, if I thought any of my pictures were up to scratch I definitely would.

Would you like to see your photos presented in a gallery exhibition environment?
That’d be awesome.

Is there anything else you’d like to share with us?
Just wanted to say again how cool I think what you guys are doing is. Super cool idea that I’ll definitely be recommending everyone have a look at.

Who are you?
I’m Georgina, a 20 year old Nursing student. I like to consider myself as one of the happiest people that I know and love enjoying my life surrounded by friends, family, good times & nature.

Where’s home?
I currently live in Melbourne as I study at Monash, but I’m originally from the great border town of Albury/Wodonga.

Do you have a website/blog/insta/facebook page etc we can promote…?
My Instagram handle is @georginagibb

What do you do for a crust? (How do you make money/where do you work)?
I’m a student, so I don’t work full time or anything but I’ve worked as both a nanny and in hospitality since being at uni.

Can you tell us about your creative background?
Shooting film is something I do for fun, and I do it a fair bit. I shoot on both a Pentax SLR as well as 2 little point and shoots (a Canon and a Ricoh), all of which I picked up super cheap from op shops. A lot of my friends love to shoot film as well. In terms of creativity, I think most of my creative talents are in writing so I do that a lot too.

Best advice you’ve ever been given?
Not so much one piece of advice, but the biggest thing I’ve gathered from all advice ever been given to me/life experiences is to be as kind to others as you can (which in turn will make you unbelievably happy!).

What do you do with your free time?
I hangout with my friends a lot. I have great friends who I love a ridiculous amount. We’re always going on a different adventure or doing something fun. Generally something a bit outdoors-y.

Tips for making your ideas and dreams come to life…
Big question… I am obviously only 20 so I’m not claiming to know a whole lot about anything but for me I think the biggest thing is to just try or just do it or just give it a go. I think I’m always surprised by how far a bit of effort can go.

What inspires you to shoot film?
I love so much about film. A lot of my friends shoot film and I loved the way the photos turned out, which is what got me started. I think my favourite thing about shooting film is that you have one shot, and that how it works out is how it works out. It’s a lovely balance between having to think twice about each photo you’re taking, as you can’t just take a bunch and pick your favourite, and also being very real and ‘in the moment’. Picking up developed film is one of the most exciting things!

How did you come to connect with Indisposable Concept?
Stumbled across the page on Instagram a year or two ago and have been loving it since then!

How did you find the experience of using the disposable camera? Enjoyable or painful?
As I shoot a lot of film with SLR/point & shoots I found it to be nothing too out of the ordinary…but I loved it as always!

When shooting with disposables/film, how does it make you feel not being able to see the photos as they are taken?
For the reasons I mentioned before, it’s gotta be one of my favourite parts about shooting film.

Analogue Vs Digital? What do you prefer and why?
I prefer analogue, just the way it looks and the feel it has to it.

It seems film photography and disposables are making a comeback, why do you think that is?
I think a lot of the photos that we see now from ‘back in the day’ have a very nostalgic feeling to them which is a beautiful thing to be able to capture. I think people want to keep that nostalgic feeling to all of their most treasured memories.

If someone destroyed all the disposable cameras in the world and you had the very last one, what would you capture?
I think I’d capture similar stuff to what I do now. My friends, family and the beautiful lives that we all live.

What does the future hold for you? Work, holidays, projects, adventures….?
I hope my future holds a lot of the good stuff that I have in my current life, as well as a heap of personal development and working towards my ‘big goals’. I want to keep up my writing, as it’s something that I really enjoy doing. I also love to travel, and have done a bit already so I’m hoping I’ll continue that. Graduating from uni & becoming a nurse is obviously something I’m very keen to do, as I’d love to start working towards the place I want to be in one day.

How would you describe your photographic style?
I don’t know if I really have a ‘style’ but I when I look back on my photos I notice that most of them are of my friends and family having lovely times. I suppose I just want to capture those moments as best I can.

Who or what influences you creatively?
Reading is probably my biggest creative influence. I love to read fiction mostly… novels, poetry etc. I spend a lot of my time reading either by myself or with friends. The people I surround myself with are very creative, happy, intelligent people and they inspire me creatively every day!

Where do you find inspiration?
Same as the last question, in my reading & in those around me.

What’s the biggest issue facing the world right now?
That’s a huge question that I don’t think anyone has a definite answer for, let alone me! The first thing that sprung to my mind though is a lack of understanding. I think if everyone took a step back and realised that each person on earth has different motives for things and comes from a different place that maybe we could start to reconcile our differences more positively.

Fave place to shoot?
I love to shoot outside on beaches, in forests etc. but I also love how film photos especially look at night time, in pubs/bars, outside, anywhere!

5 Instagram accounts that inspire you?
Indisposable Concept firstly of course. A dude I met travelling in India, @lukegouvignon takes some incredible photos. Another travelling buddy @steele.photo takes gorgeous film photos, as does @tarasadeghi. Those 3 accounts are genuinely stunning. And an honourable mention to some of my friends Instagrams such as @joaospbarreiros, and @tanna.c.b who take gorgeous photos usually just with their iPhones!

5 things we need to watch on Netflix?
Tricky one… Blue Planet is AMAZING, Peep Show is the funniest show to ever be created imo, People Just Do Nothing, Stranger Things had me addicted, aaaaand so did Mind Hunter!

5 blogs/websites we need to follow?
Don’t think I’m going to be much help here sorry!

5 favourite places to eat/drink?
Basically anywhere around Melbourne! I especially love the Fitzroy area though (who doesn’t?). In my home town of Albury both The Proprietor and Early Bird Cafe are amazing spots!

5 places on planet earth you’d like to capture with your disposable?
I was trying to list places and realised I was just naming every continent – so I supposed my answer is everywhere and anywhere! 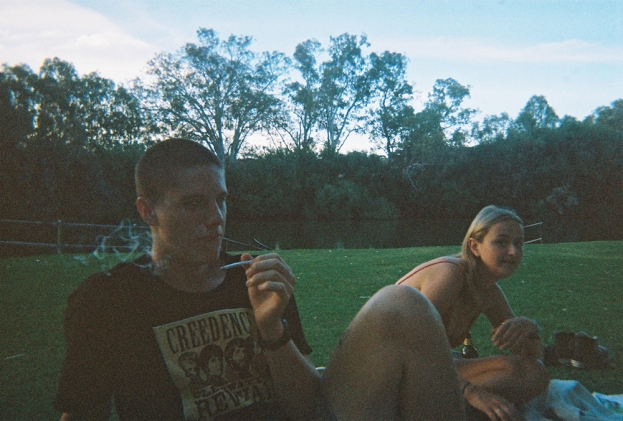 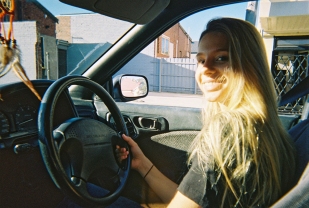 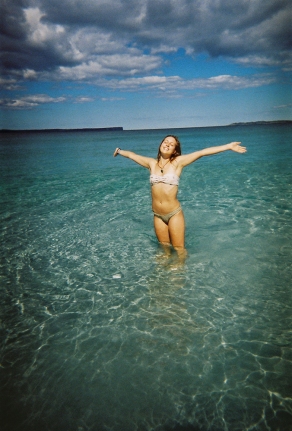 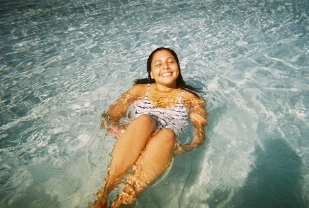 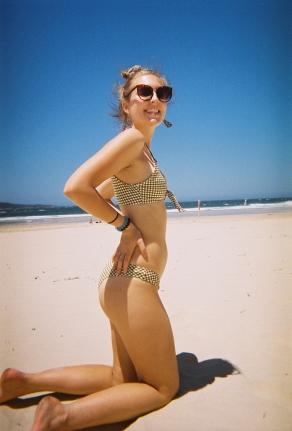 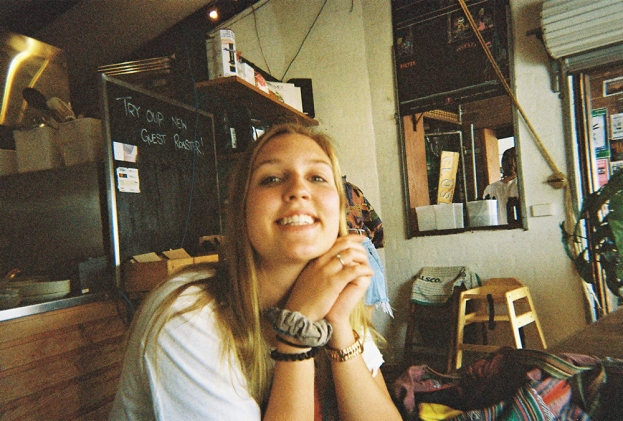 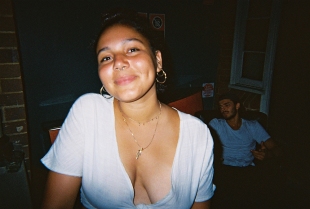 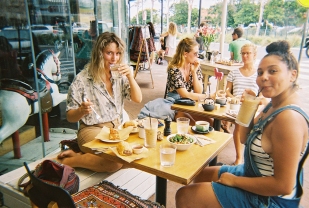 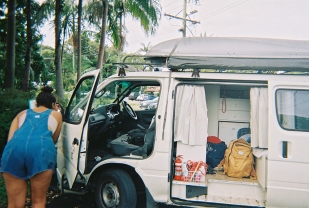 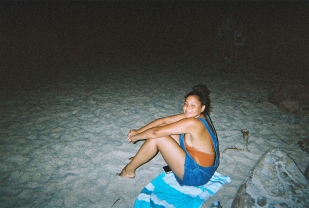 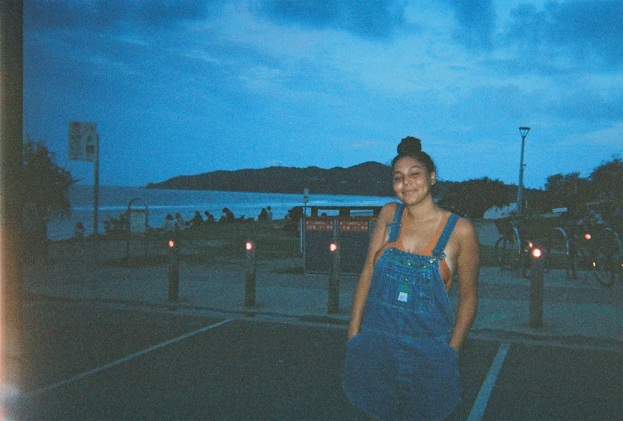